This year’s U.S. Atlantic hurricane season is officially the most expensive ever, racking up $202.6 billion in damages since the formal start on June 1.

The costs tallied by disaster modelers Chuck Watson and Mark Johnson surpass anything they’ve seen in previous years. That shouldn’t come as a complete surprise: In late August, Hurricane Harvey slammed into the Gulf Coast, wreaking havoc upon the heart of America’s energy sector. Then Irma struck Florida, devastating the Caribbean islands on the way. Hurricane Maria followed shortly after, wiping out power to all of Puerto Rico. And the season’s not over yet: It officially ends on Nov. 30. 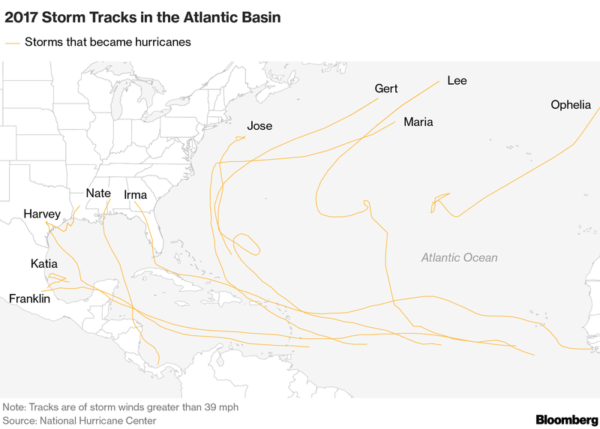